Live In The Moment: Day 1 At Decadence Arizona

The first day of Decadence Arizona was filled with incredible music. There were three stages on the Rawhide Grounds; the “Diamond Atrium” and the “Sapphire Tent” which were both indoors and “Ruby Courtyard” which was outside. Although the temperatures dipped into the low 30s, heaters were spread out throughout the grounds insuring festival-goers would stay warm. The stages were spread out so there was no conflict of sound between artists during their set times.

Something that made me happy was seeing we were able to connect our debit cards to the wristband itself to make purchases. Having a lost wallet or debit card would not be a great way to start the new year so not having to worry about this was great.

Day 1 was filled with great artists like GG Magree, Rezz, and Skrillex. Here are some of my favorite moments.

During the start of the night, I was greeted by the presence of one of the most influential up and coming artist of 2019, GG Magree, where she drops nonstop filth breaking necks. I assumed she would be rather mellow based on her persona but her set was far from it. She set the right momentum that kept everyone dancing their hearts out for the rest of the night. The tracks that made the most movement in the crowd were “One by One” and Adam Pearce’s remix of “Bodies.”

After listening and capturing for a brief moment I hopped over to Sapphire Stage where I was greeted with some happy house provided by Los Angeles based artist “Nukid” by the likes of producers Laidback Luke, Malaa, and Drezo I knew he wouldn’t disappoint. During the set I got the opportunity to hear songs like “151,” “Grindin,” and “Stick & Move.” The energy made in the room was unmatched and unique so I knew it was going to be like that as the night progressed.

Around 6:20 pm I started to head back to the diamond tent to catch the last of Magree’s set and the start of Dr. Fresch’s set which was one of the sets I was most excited about because I would get the opportunity to hear some iconic songs like “Feedback” and “Revelation.” Towards the end of his set, Fresch had a special guest with him BIJOU where they played a few tracks and got everyone back in the moment. 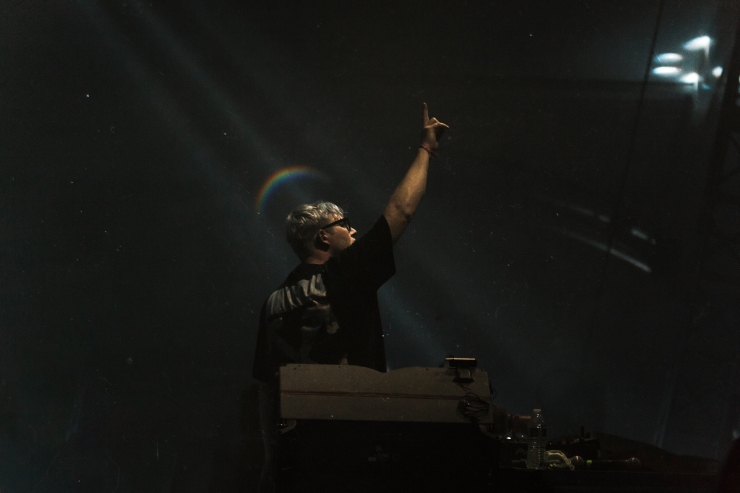 The next artist that started directly after Fresch was San Holo. The tracks I’m always going to enjoy with Sander’s set is “Light, “lift me from the ground” and  “We Rise” but the thing that I was so especially happy for is when he dropped his classic Dr. Dre remix of “The Next Episode” which honestly made my year. He is an amazing musician and I’m excited to see what he’s going to do for 2019.

California raised, and starting from one of many emo bands, Skrillex was the one who stole the show night one. Coming on stage with a cigarette already lit, he knew how the crowd was going to be. He threw down banger after banger with ease building the “skrillex”. One of the top songs of his set was definitely “Agen Wida” which he released with Joyryde later in 2018 and the classics like “Bangarang” and “Kyoto” which stirred the crowd into a feeding frenzy and their only source of food was bass. Before the ending of his set Skrillex came down to take some pictures with everyone. Directly after Skrillex was woman from space often referred to as Space Mom or RΞZZ who collects souls with her music and keeps them in a suitcase to take with her on the road only releasing them when she sees you again. The tracks that always steal souls are “Relax,” her edit of Marilyn Manson’s “This Is The New Shit,” and my personal favorite “Life & Death.” If you’ve never seen Rezz perform live before it’s definitely a good show every time. You’ll be hit with low bpm and heavy bass that takes you to another dimension. 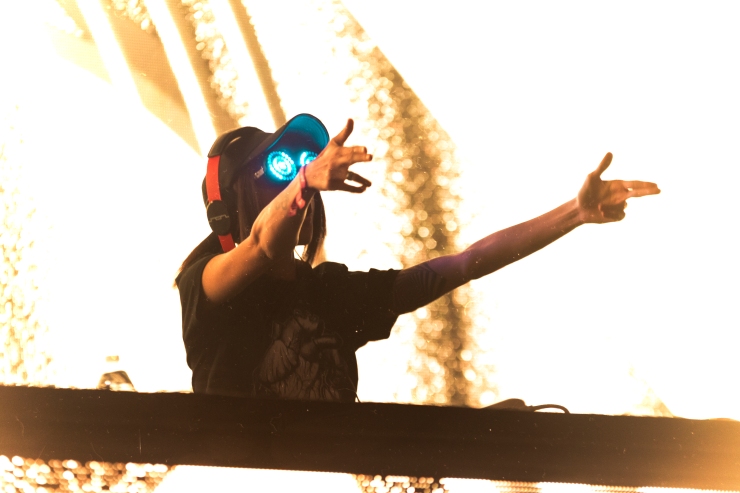 The following act was definitely the one to remember. After having a hiatus for 2 years, Porter Robinson debuted once again to leave us with happy actions and happy thoughts. He provided the crowd with the right energy everyone has been looking for. For the first 30 mins of his amazing set, Porter dropped some legendary classics like “Divinity” and “Sad Machine” from his 2014 album “Worlds.” About half-way through a good portion of the crowd went over to the Trampa B2B Skism set so there was a lot more room to dance.

The later it got the more cold it became so you began seeing people huddled up by the outdoor heaters. We all knew we needed to be rested if we needed to survive day 2 so…