Last week I had the chance to cover Bumbershoot with Femme Riot. It was a weekend full of great music, optimal festival weather, and fun vibes. Bumbershoot was my first “downtown” festival and I was blown away with all of the features. Indoor bathrooms?! You mean I don’t have to wait in a line to use a nearly-overflowing porta potty? Incredible.

Balloons, a giant unicorn, a projection of performances onto a fountain, and the various vendors elevated the festival experience and made me fall in love with the downtown vibe that Bumbershoot gave off. I’ve included some of my favorite performances from the weekend as well as photos below!

I kicked off the first day of Bumbershoot with one of my most highly anticipated sets of the weekend; Let’s Eat Grandma. To be honest, I wasn’t sure what to expect from them after hearing their name but these girls KILLED it. There were so many synths and beautiful sounds filling my ears and traveling to my fluttering heart the entire set. I am so eager to see what else these two have in store and I know they are going to be huge.

Poolside has played at most festivals I’ve attended this year but somehow I still hadn’t caught their live set until Bumbershoot. Poolside was fun, breezy, and they were accompanied by a few people in the crowd who were blowing bubbles which ultimately added to the summery vibe. 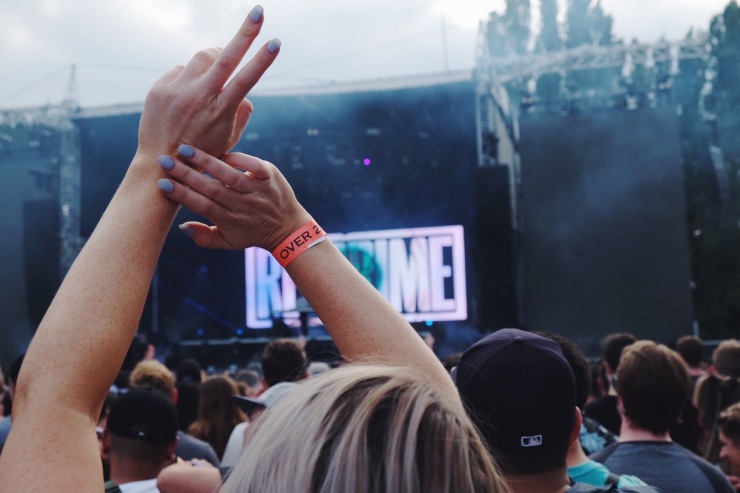 After hearing his new album NOVA, I was stoked to see RL Grime. Both him and the crowd had wonderful energy and he mixed Rezz which made me and everyone else go wild.

Instead of catching Lil Wayne like the majority of Bumbershoot goers, I decided to head to Ex Hall Stage to see Elderbrook. I’ve had “Cola” on my running playlist for ages and I’ve been vibing heavily with electronic music lately so I was excited. Although his crowd was criminally small, he brought wonderful energy and his passion poured out with every song. His transitions were as smooth as silk and he was genuinely happy to be there. I’ll be seeing him next week at Life is Beautiful and I cannot wait!

After Elderbrook I caught most of Xie’s set. She mixed classic party songs with some of her upcoming music for a fun and lively set proving she is a DJ you should be keeping your eyes on. I definitely wouldn’t be surprised if we see her in the Sahara tent at Coachella next year.

Although they are definitely more rock and roll than the usual music I listen to, Skating Polly killed it. They started with a bang, had high energy, and their set was one of my favorites to photograph. 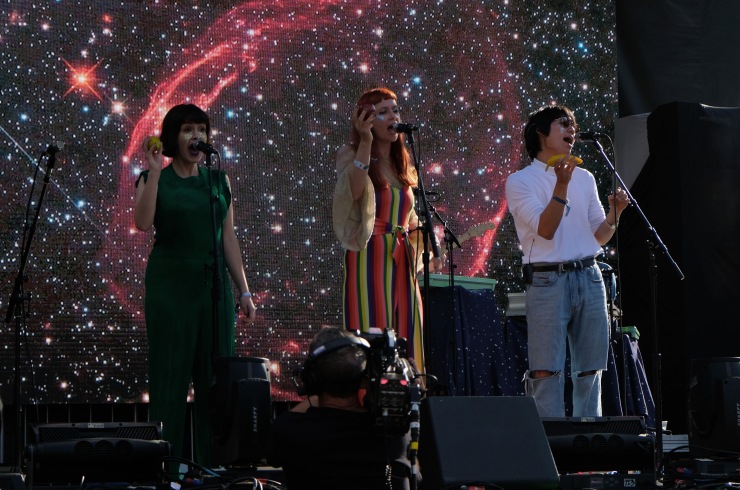 Superorganism’s live set had more sounds than band members; to those who don’t know, it’s A LOT. It felt like my ears were surprised every second of their set. I wasn’t sure how their uniqueness of their album would translate to a live set but they gave a beautiful, unique, and down-to-earth performance. 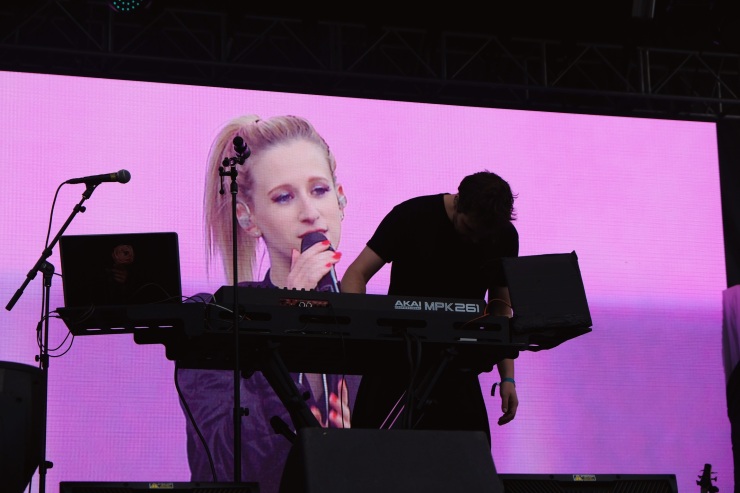 Definitely one of my top three acts of the weekend, Marian Hill gave a passionate performance that was full of great energy and layered electronic beats. When you see the joy that Jeremy and Samantha experience when they perform for a crowd, it’s impossible not to have an amazing time yourself.

After missing him and Coachella and wanting to continue seeing electronic acts following Marian Hill, I went to Illenium’s set. The festival gods were not with me at this time because as soon as Illenium started, I somehow ended up in a frat boy moshpit. As I was holding my camera above my head the only thing running through my brain was “this is where my camera and I have come to die.” I managed to get out of the moshpit after three songs when a lovely group of three people who were also scared were leaving, saw me wanting to get out, and held my hand until we were further back. I enjoyed the rest of his set with space around me to dance. I’d love to see Illenium again in a different crowd because the frat boy moshpits definitely took away from my experience.

I left Illenium’s set slightly traumatized but Chromeo 100% made up for it. They were so full of energy and had great stage presence. I don’t think there is any better way to end a festival day than by dancing with Chromeo. 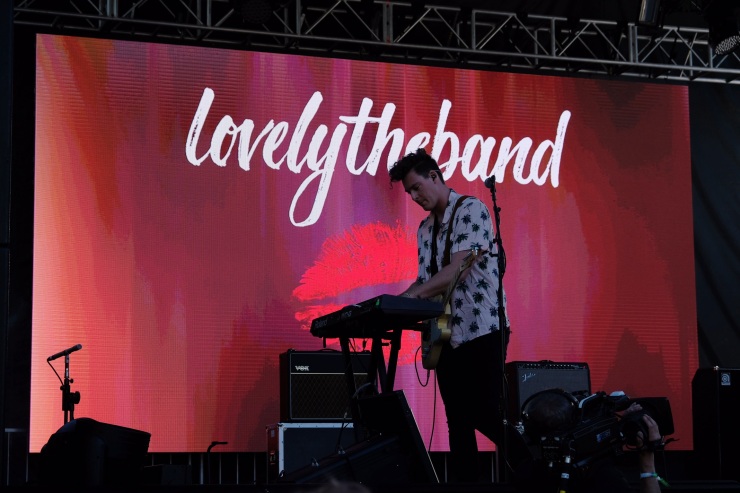 Lovelytheband did in fact have a lovely Sunday performance. It was my first time seeing the band and they drew a large crowd for an early afternoon set on the Fisher Green Stage. Before they sang their most popular song ‘Broken,’ they gave an inspiring speech about how everyone experiences rough times in life but we have the ability to overcome it and succeed. 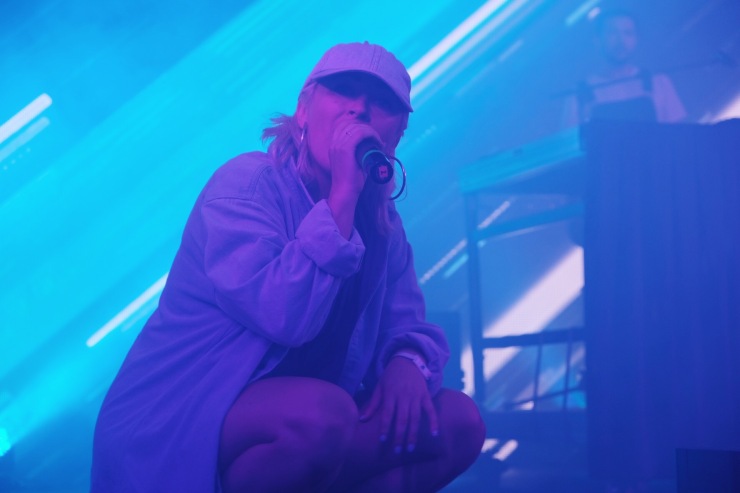 Although I was not overly familiar with Umii’s music, I really enjoy “Dangerous” so I decided to see them while I was waiting for Elohim. Umii delivered a chill and relaxed performance and the crowd had plenty of room to dance.

I could see Elohim’s festival set a million times and never get bored of it. If an artist can address mental health issues in music I can dance to, count me in. Seeing Elohim’s passion, authenticity, and devotion to spreading love and positivity to others in her live performance is otherworldly.

Thanks Bumbershoot for the awesome weekend! If you’re interested hearing some of the artists on the lineup, I’ve included Bumbershoot’s official playlist below.