Ocie Elliott Is The Folk Duo You Need To Listen To

I have loved folk music from a very young age, so much so that my parents would yell at me to switch the radio to something else because the “slow music was driving them nuts”. I always argued with them and usually my love for folk music would prevail. To this day I still love folk music but I have struggled to find any new folk artists who have caught my attention lately. That was until last week…

When getting caught in the deep wormhole of Spotify, I discovered the duo Ocie Elliott on a random folk playlist. Their music stopped me in my tracks and I immediately saved all of their songs. Trust me when I say these two are going places and when they play folk festivals in the next couple years you can say I told you so.

Jon and Sierra were kind enough to do an interview and shared everything from how they created their name to how their relationship inspires their music. They also live on Vancouver Island which makes them even cooler.

FEMME RIOT: Can you tell us a bit about yourselves? What led you two to working together?

Jon: We are Sierra Lundy and Jon Middleton. Both from small towns on islands and we met in 2012 at the Treehouse Cafe on Salt Spring.  Currently we are based out of Victoria.  What led us to working together was our mutual love of singing.  The first time we sang it was obvious that our voices worked well together

Sierra: I think as our relationship developed, the music simultaneously did as well; as we grew closer, the intrigue of our connection musically got stronger until we eventually realized it was something special and worth pursuing professionally.

How would you describe your music to someone who has never heard it before?

How did you come up with the name ‘Ocie Elliott?’

Jon: Sierra is really into the 1920’s and so when we first started dating, I was searching online and found a 1920’s name generator, plugged in my name, and it spat out ‘Ocie Cleve.’  We both dug the name, and so my nickname became ‘Ocie.’  Figured it was a good start for a band name and so we eventually added ‘Elliott’ to the mix because we both love Elliott Smith and the two names complimented each other.

Where do you draw inspiration for your music? Do you have any musical influences?

Jon: Well it may sound a little corny, but we draw inspiration from our relationship mainly; things we go through, experiences we have.  We have a few new songs where we sing about some adventures we’ve had in the past year as well.  Biggest musical influence for the both of us would definitely be Gillian Welch and David Rawlings.  When we first met in 2012, Sierra was about to see the two of them at Calgary Folkfest, I was jealous as could be and told her to check out ‘Winter’s Come and Gone’ by them.  Was definitely a bonding moment for us (and one of the first cover songs we ever performed).

Do you have a favourite lyric that you have written? I love ALL of ‘I Got You, Honey’.

Jon: Sweet, thanks.  Hmm, I think my favourite lyric off of the EP is ‘I don’t want words like caged birds.’

You released your EP in September. I love it! What was the creation process like for this EP?

Jon:  She’s joking (kind of). Really, we’d been slowly working on these songs over a year or so.  Then early in the summer decided we needed to record them and so we got more serious about finishing the arrangements and our different vocal parts.  We’d basically just sing them over and over until they felt right, and then fight. And then we’d make up.

The first song I heard of yours was ‘Down by the Water’ and if I had to choose, I think it is my favourite from the EP. Can you tell us a bit more about this song?

Jon: Well, funnily enough most of the music for it was written a few years back while listening to Sierra and her sister bicker at one another.   Lyrically, it’s about our early days singing together in Kitsilano, when we’d leave Sierra’s apartment and go sing on the beach at the end of Bayswater St.  Also, when we moved to Victoria we’d drive my CRV down to this place in Victoria called Clover Point and practice singing in the back of the car by the ocean.  We’d bring down tea and sometimes beer and it was great because we could hear each other really well.  It was an easier place to practice than in our basement suite. 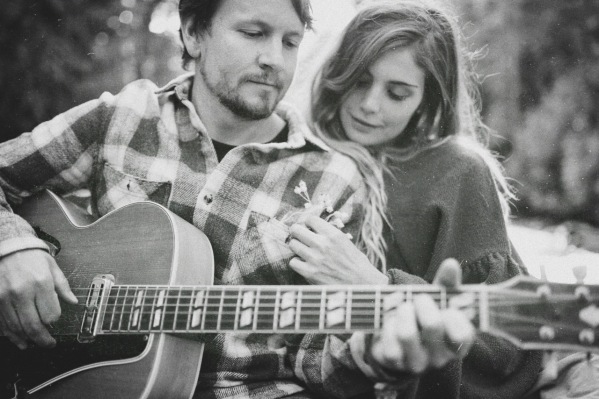 Can we expect more covers on Youtube from you? I love your mashup of ‘Creep’ and ‘Get Free’!
Sierra: Thank you — we hope to do more of that. It usually happens in the spur of the moment, when we hear something in a song that piques our interest and makes us drop everything we’re doing to try it out. Figuring out interesting harmonies and unique ways of blending our voices is the most enjoyable part for me; taking a song we both resonate with and recreating it with our own undertones and mood.

What can we expect from you this year? Hopefully we will see you in Vancouver soon!
Sierra: Yes, we actually just confirmed a show for Feb. 14th in Vancouver at Biltmore Cabaret — opening for Mason Jennings (I basically fell off my chair hearing the news, he is one of our favourite artists). Apart from that and some other shows, you can expect some new tunes! We plan to release an album in the spring hopefully, and looking into a little Euro tour in September… maybe a show on top of Mount Everest, we’ll see how ambitious we get.

What 3 songs are you currently listening to?

Jon: ‘Bad and Boujee’ (still) – Migos, ‘Can’t Touch This’, MC Hammer, and the two of those mashed up together in the remix version by Guap Beats (music by Rick James).

You can follow Jon and Sierra on Facebook, Instagram, and Spotify. If you live in the Vancouver area, you can pick up tickets to their February 14th show here. All photos in this article were provided by Jon and Sierra; the first two photos were taken by Kelly Casey and the third photo was taken by Sara Spectrum. And if you feel like being amazed today, listen to their EP below (trust me on this) 👇